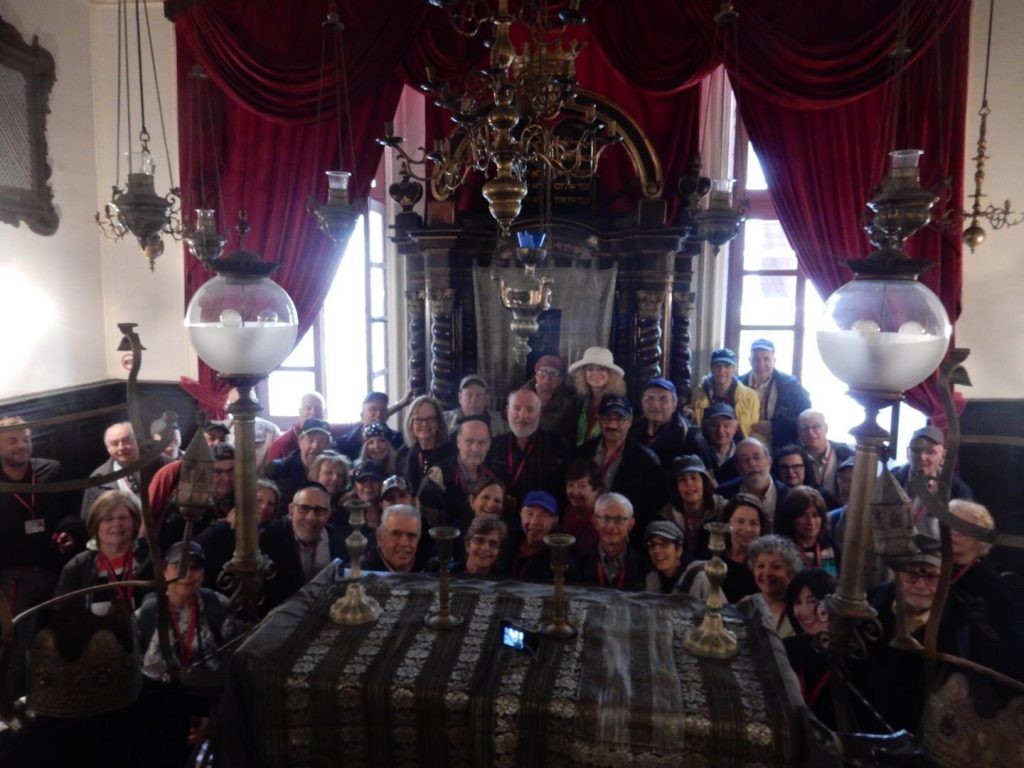 The most celebrated city in Croatia and one of the most recognizable walled cities in the world–Dubrovnik, hardly needs any introduction. Put simply, Dubrovnik is the crown jewel of the Medditterenean. Its 45, 000 citizens are joined each year by 1,2 million tourists (and counting) coming from all over the world to marvel at the enchanting architecture, breathtaking scenery and centuries old local traditions. While the architectural wealth of the city is too numerous to count, especially its institutional buildings, churches and monasteries, we should mention that it boasts with the oldest arboretum in the world (Arboretum Trsteno) and the third-oldest European pharmacy (1317) and the oldest still in operation (at the Little Brothers monastery). It is no surprise therefore that the Old City of Dubrovnik has been on the UNESCO list of World Heritage sites since 1979. Recently, due to the massively popular Game of Thrones TV series, main parts of which were filmed at the various locations in the city, it achieved cinematic fame only a few locations in the world can compare with. Its history is no less cinematic. Probably founded by Greek seafarers in the 8th century, although there is evidence of the pre-Christian settlement as well. Shortly after the fall of the Ostrogothic Kingdom, the Byzantine Empire guaranteed its protection, preparing the way for the oligarchic republic of Ragusa (old name for Dubrovnik) to slowly attain independence in 12th and 13th century while becoming an important commercial hub for the rising Serbian state. “Libertas” (lat. freedom) quickly became the favorite catchword of the Dubrovnik Republic which often opted for paying tributes to the larger empires in order to preserve its independence. The Republic of Venice, Kingdom of Hungary and the Ottoman Empire were all in their time protectors of the Dubrovnik Republic leaving a visible imprint to this day. The decline started in the 17th century when Mediterranean shipping crisis and the catastrophic earthquake of 1667 (leveling the majority of public buildings) left the city in the most unfortunate state. Although it recuperated rather quickly its power was diminished and it became an easy prey of the Napolean conquests and, later, Habsburg invasion. Following the breakdown of Austro-Hungarian Empire, Dubrovnik was incorporated in the Kingdom of Yugoslavia, finally losing its most cherished independence. During the wars of Yugoslav succession in the 90’s, the city fell under siege of Serbo-Montenegrin armies that lasted for 7 months, leaving 56% of the buildings damaged by rockets (most of which are now renovated to their original form). The turbulent but no less glorious history of Dubrovnik is still being told and it would be incomplete without Dubrovnik’s Jews.
The first traces of Jewish presence in Dubrovnik date back to 1368 when Jewish merchants from Durazzo (Albania) are mentioned in Ragusan archives. French Jews living in Apulia (south Italy) after the expulsion from France temporarily resided and traded in Dubrovnik in the second half of the 15th century. After the Spanish expulsion in 1492 Dubrovnik became an important transit center for refugees traveling to Balkan cities under Turkish rule. Their success in commerce, together with the local clergy’s zeal to have the city follow the example of other Christian states, resulted in several expulsion decrees (1514, 1515, 1545) which were revoked on the sultan’s intervention. Jews were allowed to settle in Dubrovnik and were given customs privileges to encourage transit trade. Jews dealt mainly in textiles, silk, wool, leather and spices being also overrepresented as physicians. In 1546 a ghetto was established in a small street (still called the Jewish street) enclosed by walls. The synagogue was inaugurated in 1532 and it stands proud as the second oldest European Sephardic synagogue in continuous use (!). In the 18th century the Jewish population increased; Ragusan archives mention Jewish schools, teachers, weddings, and a Jewish bookseller. Jews participated in maritime ventures as co-owners of ships that went as far as Scandinavia and America, or supplying loans for equipment of such ships; they also played a part in establishing the first maritime insurance companies. The well-preserved cemetery contains 200 old gravestones, including that of Rabbi Jacob Pardo, famous for his “Tehillah be-Eretz” collection, who died there in 1819. As the Republic declined, so did its Jews, dwindling in numbers and their communal life since the end of 17th century, until the erasure of Shoah obliterated the community; there were only 31 members in the 1969 census. Today, there is a small but proud community in charge of maintaining and showcasing the synagogue and the mini museum in the same building, while offering Jewish themed tours of the city. The kosher food is unfortunately not available in Dubrovnik.