It was a warm and sunny morning in Belgrade when the group arrived and it didn’t take long before the European capital of gritty charm made its deep impression on our guests. Our lodging at the iconic Hotel Moskva,  the jewel of Russian secession built in 1906 and the famous meeting spot for Belgrade, Balkan and world elite, extended its warm and luxurious welcome. Located at the very centre of the city, it allows for the most immersive pedestrian experience you can think of (Skadarlija, Kalemegdan and Danube rafts are all within 10 minutes walk), especially if you’re lucky enough to have Davor, a legendary tour guide from the Belgrade Jewish community, show you the choicest attractions the city has to offer. But it’s displaying the Jewish side of the Belgrade’s heritage where he shines the most, making all the monuments, sights and locations appear in their full historical relief.

His expertise travels swiftly with him to Subotica (just a few hours drive northwest from Belgrade), an important centre of commercial activity for the whole Vojvodina region in the time of Austro-Hungarian Empire, where Jews played a key role in its development. 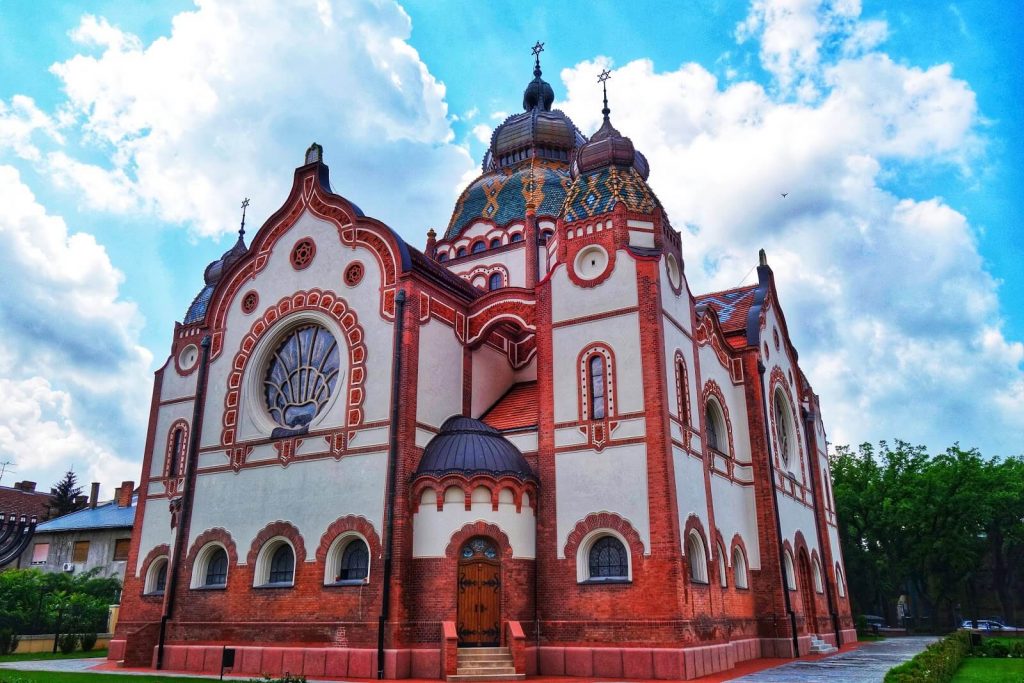 The best testament to the heights achieved by Jewish community here is without doubt the famous Subotica synagogue. Built in 1903 under a strong influence of hungarian succession, it was recently restored to its original beauty. It is now considered one of the most beautiful synagogues in the world. A true breathtaker not to be missed! 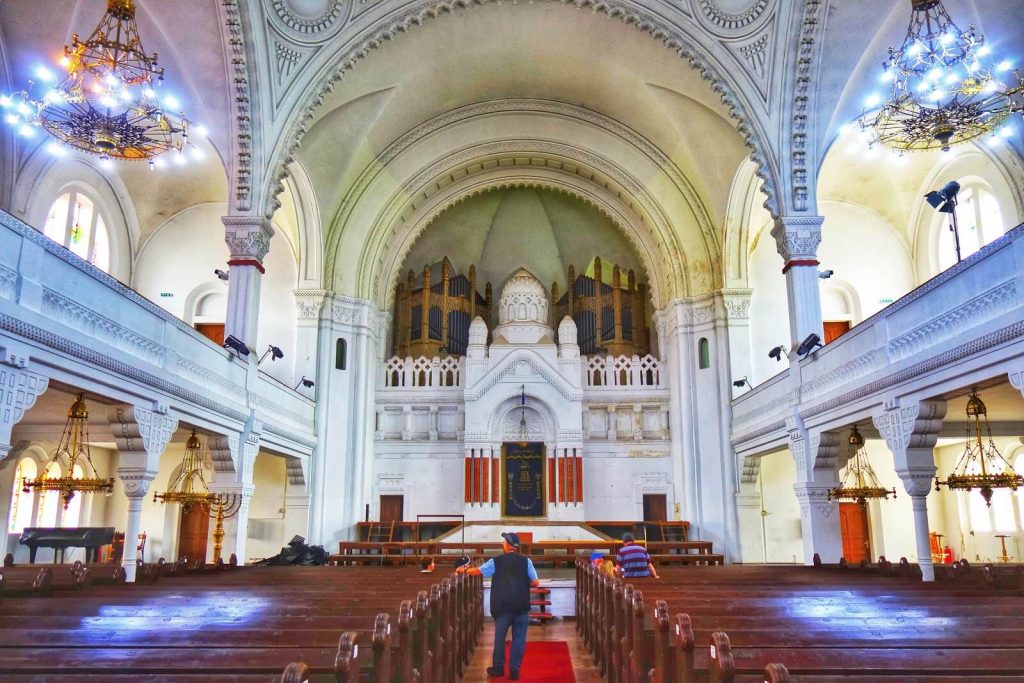 From here it’s just another two hours, on the way back to Belgrade, that we stop in Novi Sad, another prominent center of multi-ethnic activity where another synagogal masterpiece of Art Nouveau awaits us together with the warm hosts of the local Jewish community. 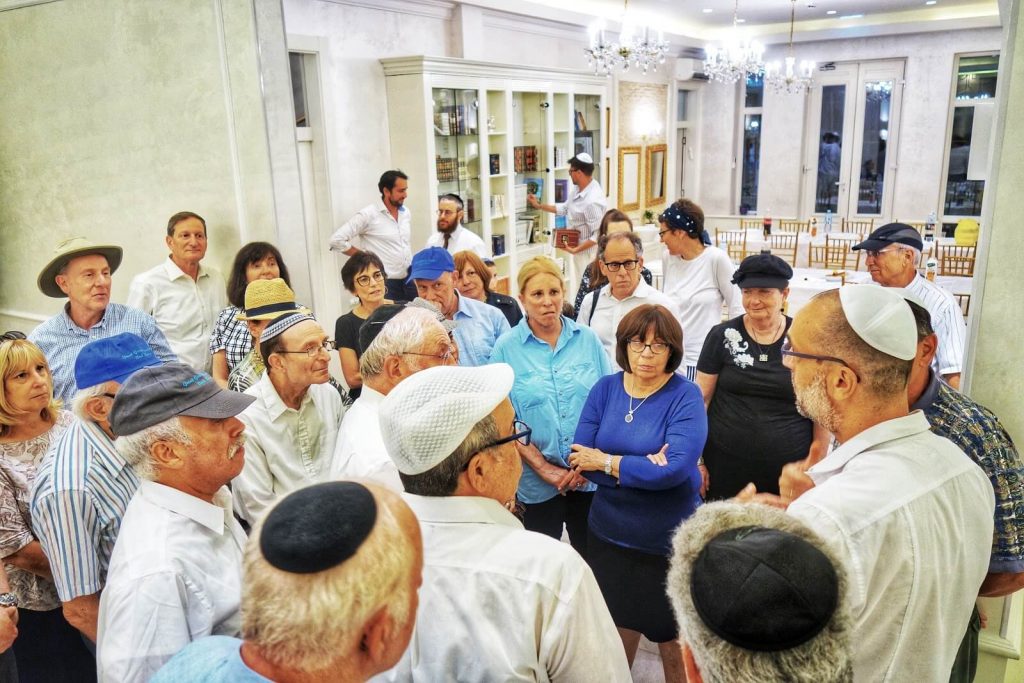 And then Shabbat comes along and our partners at Chabad of Serbia, the Kaminetsky family, are not missing the opportunity to elevate us all with their spiritual and gastronomical excellence. Their presence for the last 10 years has been infusing the local community with new life. The gorgeous Chabad House located near the city centre is today bubbling with Jewish life, receiving visitors from all over the world. The much needed Shabbat rest invigorates us for the exciting journey ahead. 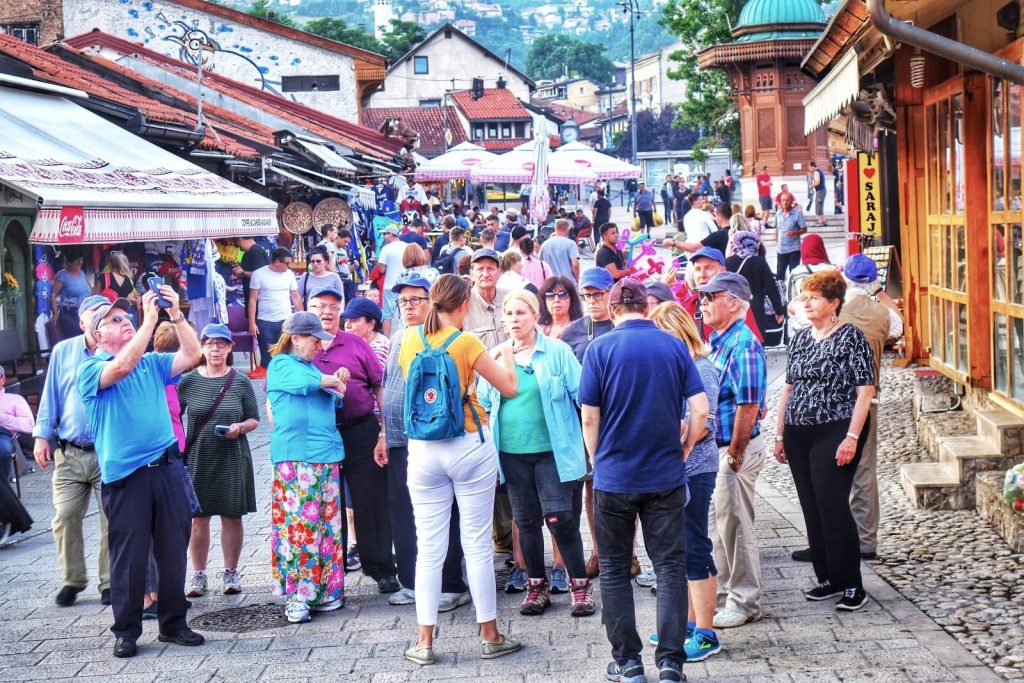 Sarajevo, the capital of Bosnia, came under the spotlight twice in the 20th century. The first occasion was the murder of Archduke Franz Ferdinand and his wife Sophie on June 28, 1914, the very trigger of the Great War. The second one was the destruction of the city endured during the recent Wars of Yugoslav Succession in the 90’s. But in recent years, Sarajevo’s been rediscovered for all the good reasons as the mesmerizing meeting point in the heart of Europe between the Orient and the Occident. It’s city core, marked by strong Ottoman presence and its world renowned architectural talents, teleports us into the world of cobblestones, Turkish coffee and enchanting spices from the Middle East. 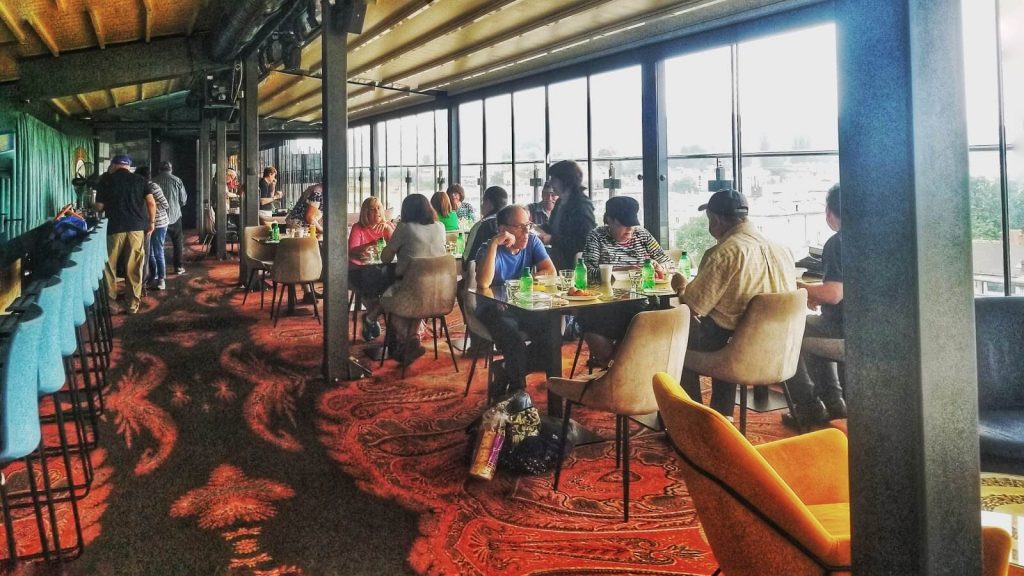 All of this and more can be seen from the rooftop of the newly built, Marriott Hotel during breakfast time, our go to home when in Sarajevo. 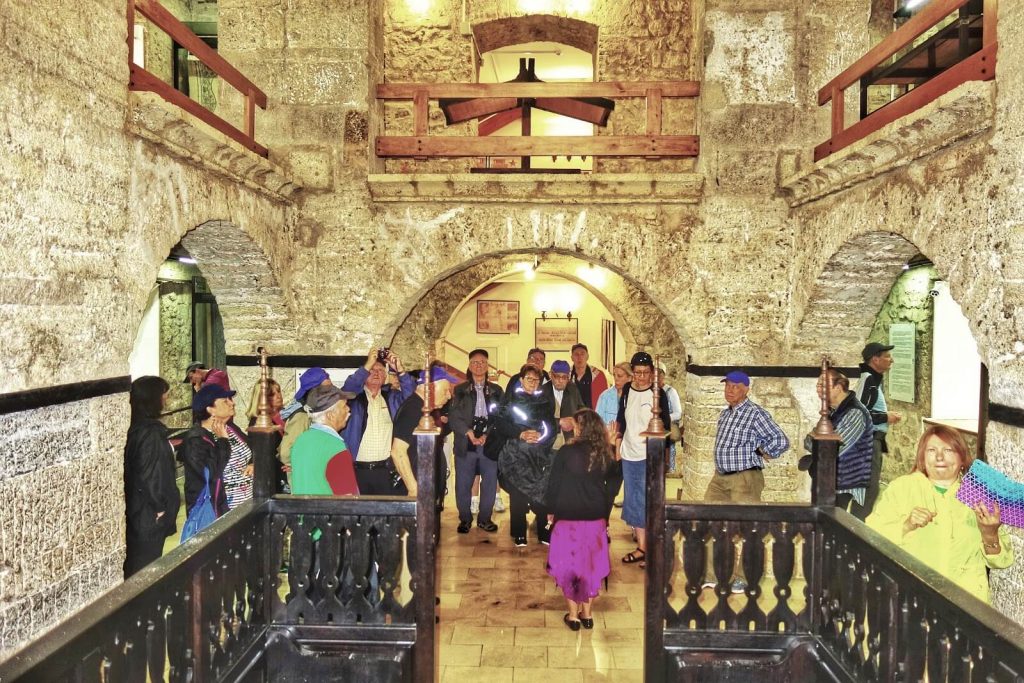 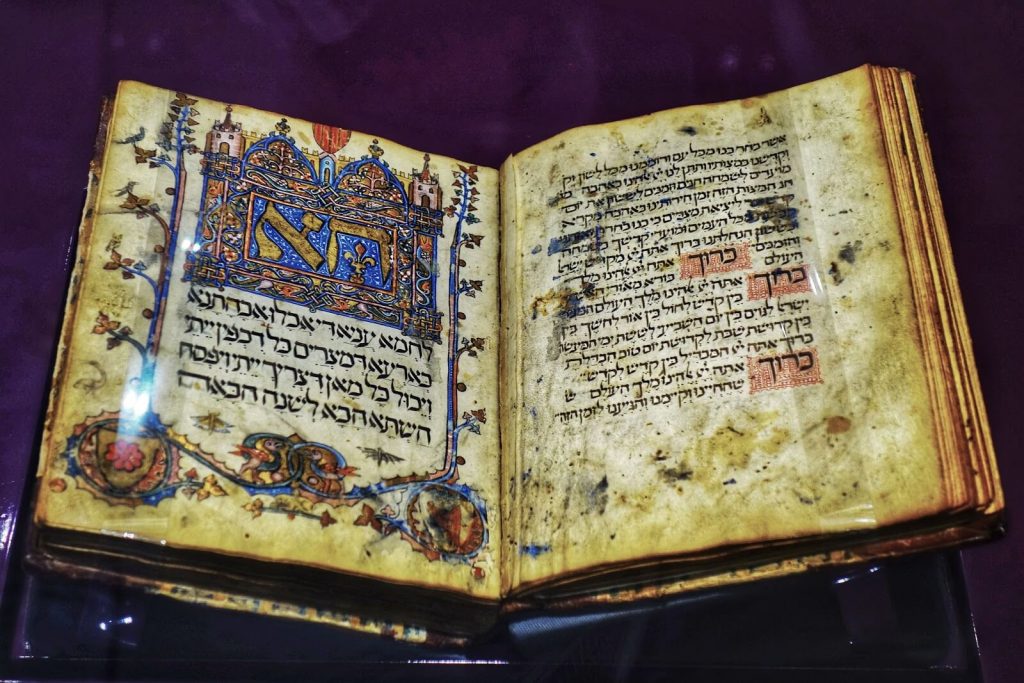 The most thrilling is the adventure the famous Sarajevo Haggadah went through. Historians believe that it was taken out of Spain by Spanish Jews who were expelled by the Alhambra Decree in 1492, only to resurface in Italy in the 16th and was finally sold to the National Museum in Sarajevo in 1894 by a man named Joseph Kohen. During the WWII it was saved by the Museum’s chief librarian, Derviš Korkut, who risked his life doing so. It is one of the most luxurious illuminated manuscripts in existence and a marvel to behold. 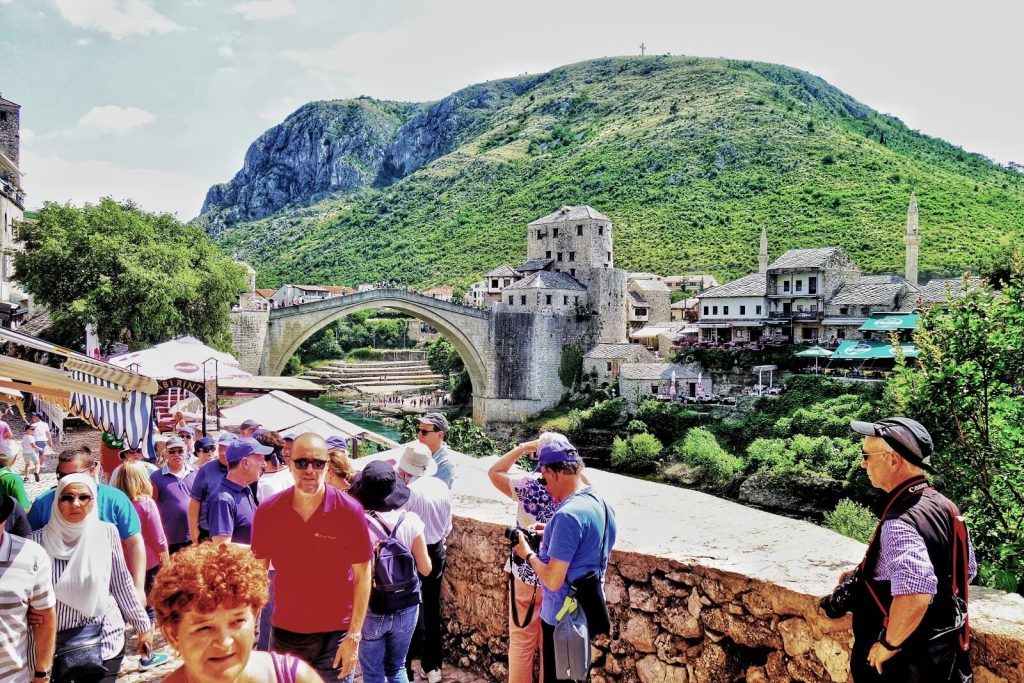 Bosnia is known for yet another architectural gem, the city of Mostar. Only a two hours drive from Sarajevo, the scenery which unfolds is an attraction in itself. Serpentine-like roads, through the famous Bosnian hills are made all the more enjoyable by our seasoned drivers and first rate transportation. The city of Mostar, an important hub in the time of the Ottomas, retained all of its charming patina. The famous Old Bridge (reconstructed medieval structure) overarching the Neretva river is the city’s true centerpiece, connecting the two banks and supporting the merchant’s cobblestone streets and cafes on both sides. The buzz on these narrow and winding streets will hypnotize you into believing you are living an Oriental fairytale like no other. 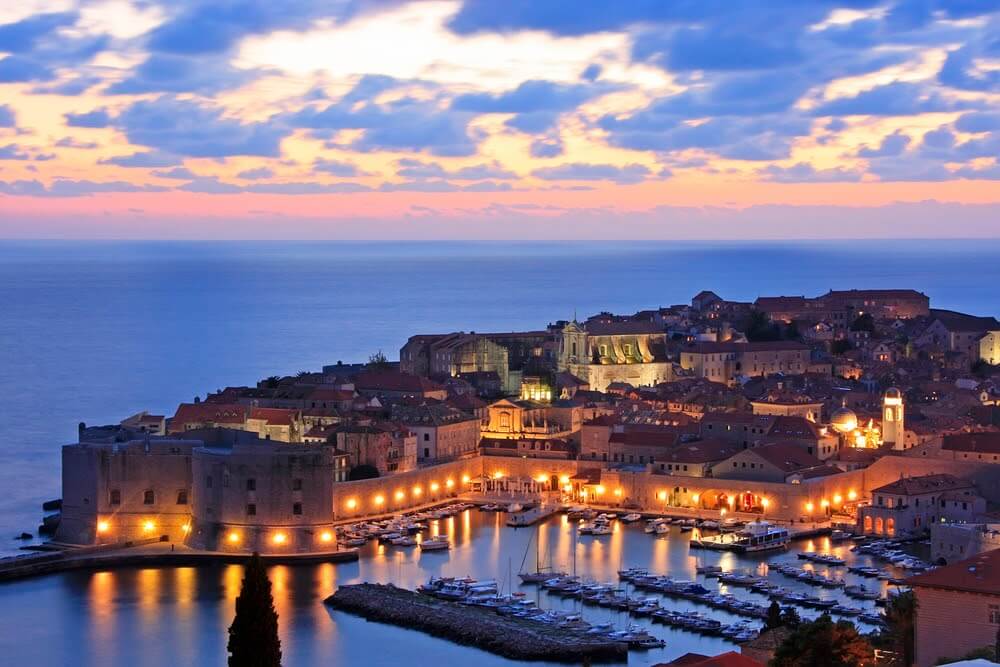 Arriving to Dubrovnik at sunset and watching the world famous city walls bask in its golden hues sets the right frame for our stay in this remarkable open air museum, also known as Ragusa. 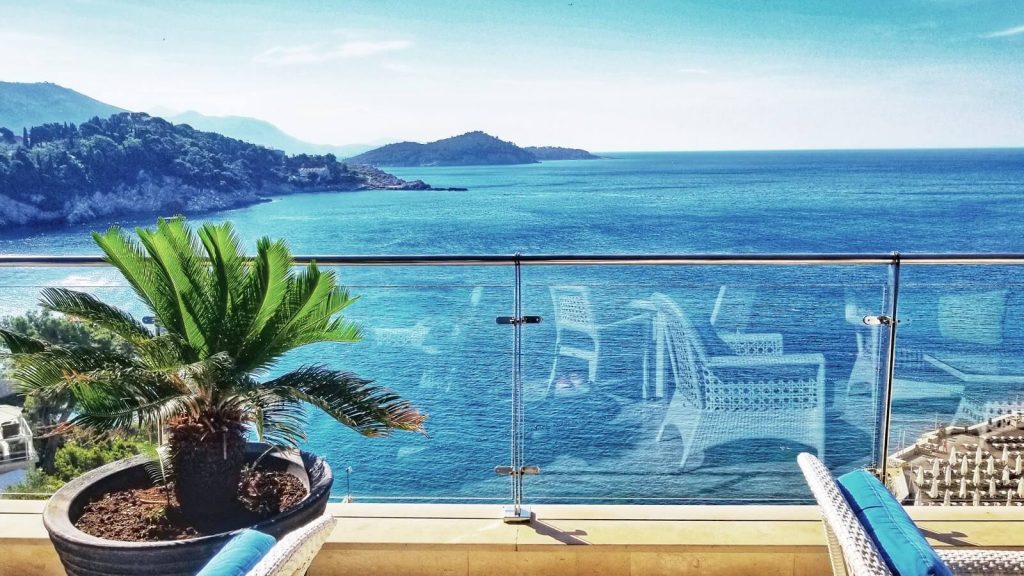 Our trusted partners at the luxurious hotel Rixos, receive us with their warmest welcome as we dine at the temporary kosher wing of the hotel with an unforgettable view and gourmet Glatt Kosher food, prepared by the official chef of Chabad of Croatia. The evening stroll through the walled city core and front row tickets for one of the world’s most celebrated folklore assembles– Lado,   is just a prelude for the full blown expedition we prepared for the morning after. 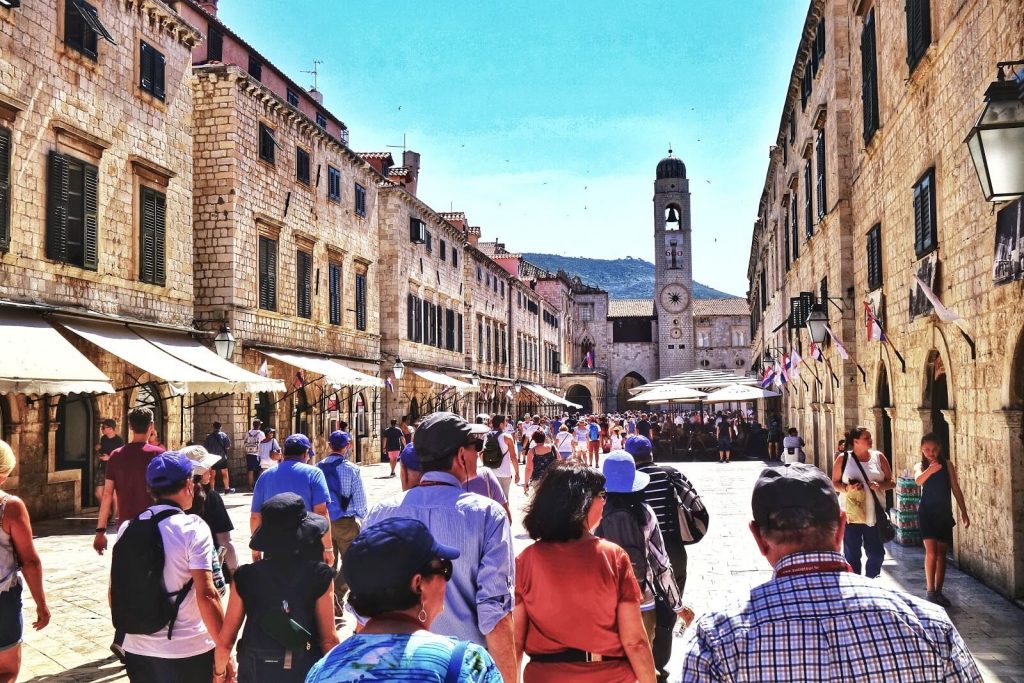 When in Dubrovnik we rely on Matija, a proud member of the local Jewish community, to guide our guests. His eloquence, knowledge, wit and incredibly engaging style make Dubrovnik and its Jewish legacy come to life in all the colors and forms of its glorious history.

The greatest testaments of their long and significant presence in Dubrovnik (since 1492) is proudly presented in the Dubrovnik’s second oldest Sephardic synagogue in Europe (!) and the Jewish Museum located within. The afternoon is dedicated to the discovery of all the marvels this city harbors within with enough time to lay back and enjoy a latte while dipping your feet in the crystal clear Adriatic sea, anticipating yet another majestic sunset. 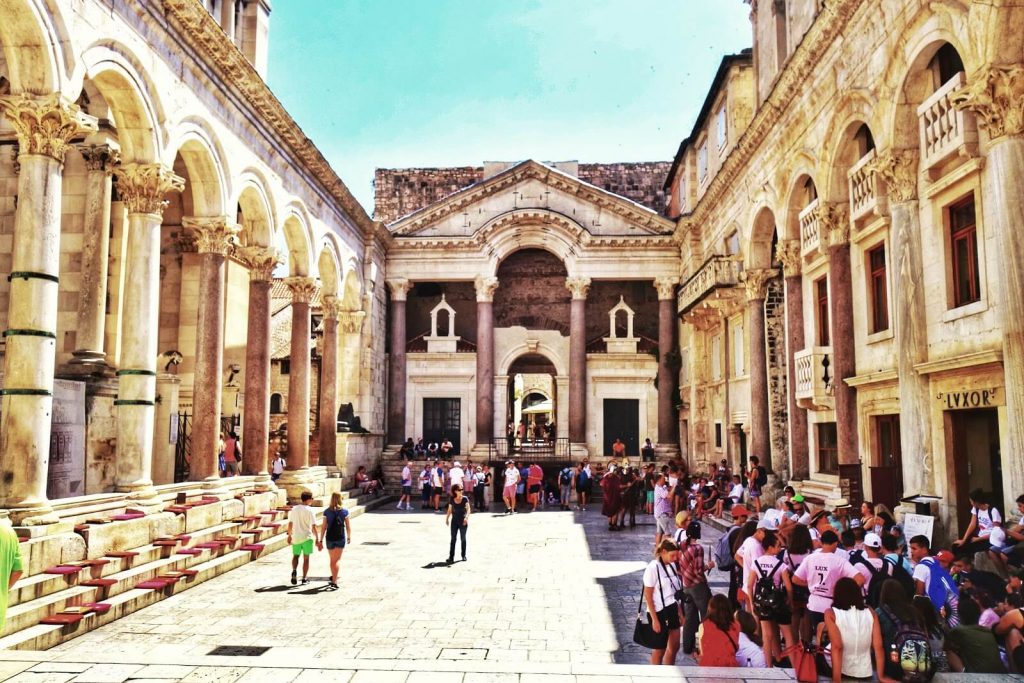 Next stop– Split! Just a few hours of most enjoyable drive from Dubrovnik, the city of Split awaits us with its priceless sights and impressive locations. Although Split will charm you on its own, it really makes a difference having a tour guide like Lea, the expert on all things Split and its Jews. 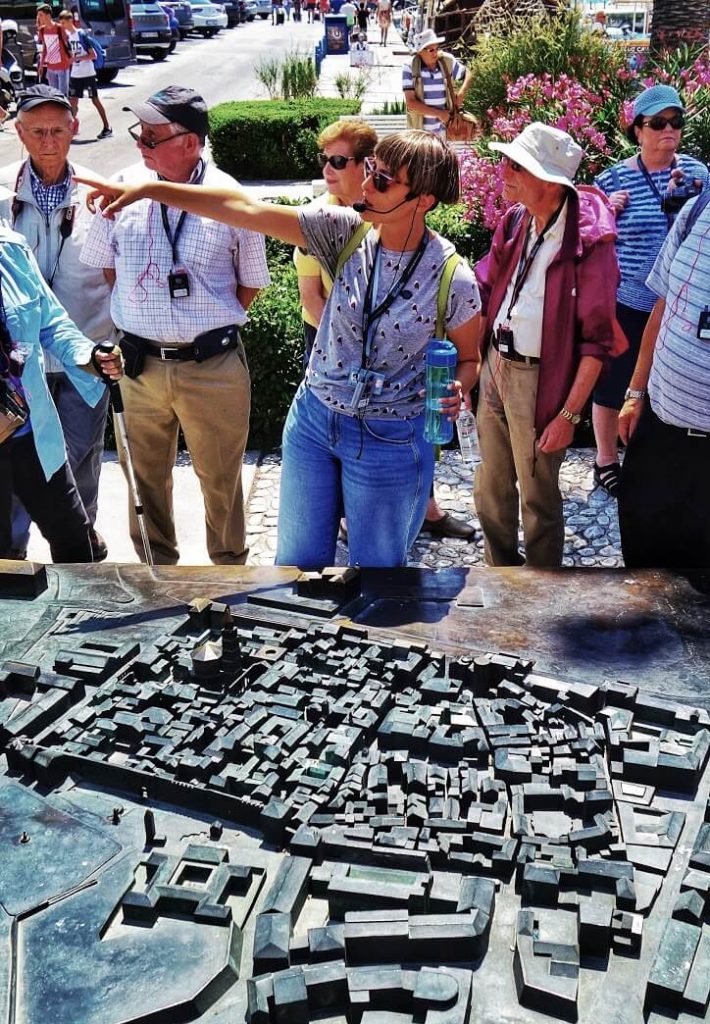 We start with cooling ourselves in the 1700-year-old Roman Emperor Palace of Diocletian. The Basements, beautiful Roman squares and statues, The Bell Tower, Jupiter’s temple, the former Jewish ghetto and the third oldest Sephardic Synagogue in continuous use (!) are all on our must-do list when in Split. 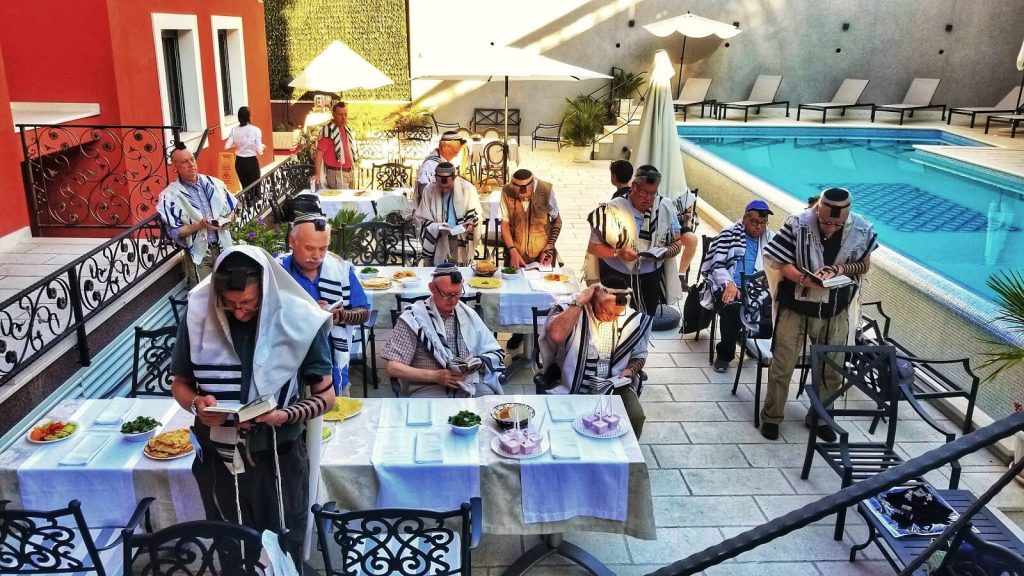 So is Hotel Cvita, an adorable boutique hotel with exceptionally friendly staff which overlooks Split with a stunning sea view. Pool-side shachrit + breakfast always makes us feel special when there. 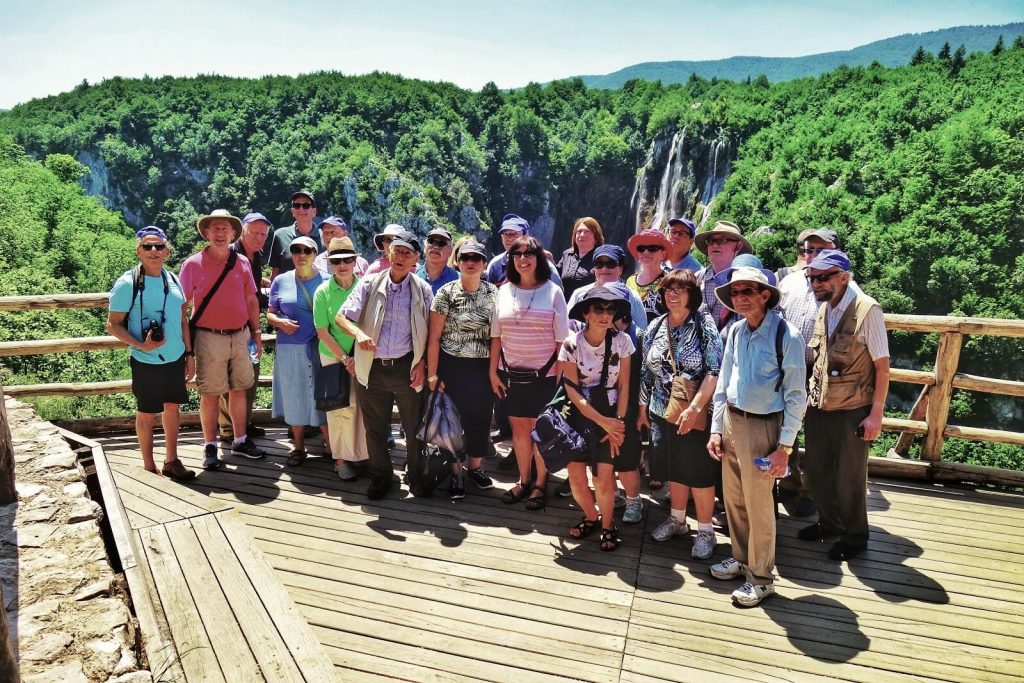 Next stop– Plitvice Lakes! Topping all the lists when it comes to natural wonders, this UNESCO protected National Park is a fascinating maze of both flora and fauna. Its 16 terraced lakes, joined by waterfalls, extend into a limestone canyon with walkways and hiking trails winding around and across the water. And as of recently, it also hosts an extremely rare form of life– freshwater medusas! The several hours we spend here hiking lasts for a lifetime of indelible memories. Have your cameras ready! 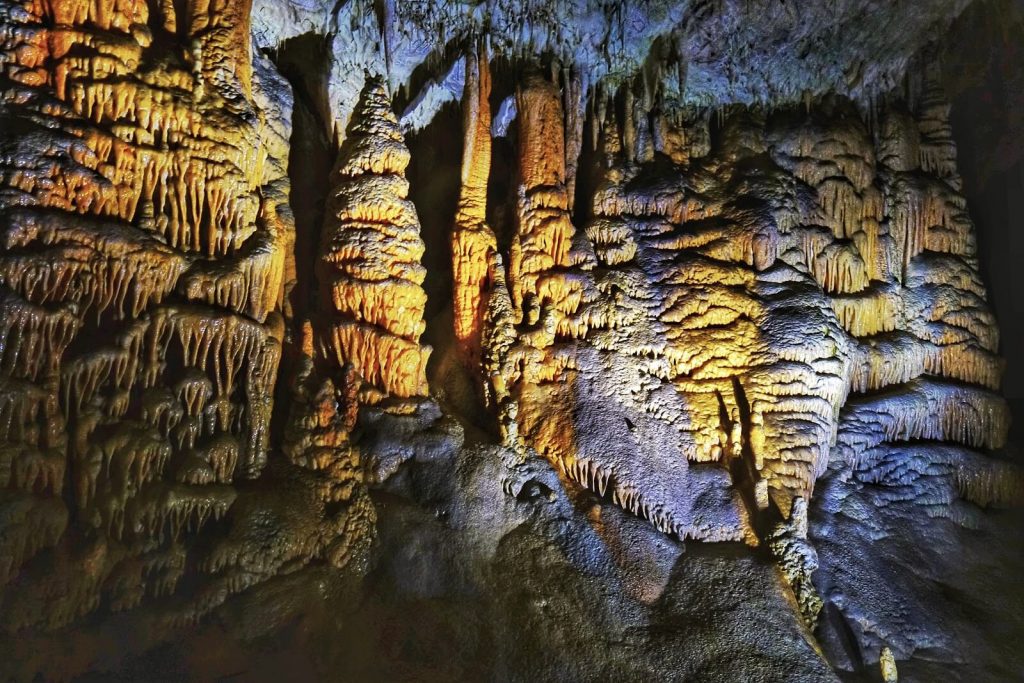 In the early morning we gear up for the quick visit to Slovenia’s Postojna Cave, the largest and most visited “karst” cave in Europe, carved by the Pivka River over millions of years. There are stalagmites, stalactites, and formations called curtains or draperies that look like folded curtains. The cave system is 24.12 kilometers (14.99 mi) long and is made up of four caves interconnected through the same underground river. The caves are also home to the endemic olm, the largest troglodytic amphibian in the world. Cooled off and properly amazed we journey onwards to Ljubljana, the capital of Slovenia where our unforgettable tour guide Borut, awaits us. One of the most charming and equally vivid cities of Europe, is also one of the smallest in Europe. Street festivals, markets and many languages spoken give Ljubljana a truly cosmopolitan feel throughout the year. It is known for its Baroque and Art Nouveau architecture, its unique bridges above the Ljubljanica river and for being a leader in the sustainable, green urbanism. In the Old town we cross the Dragon Bridge and admire the works of the early 20th century architect Jože Plečnik: the famous Triple bridge and Shoemaker’s bridge, and the National library. We learn what made the conqueror Napoleon to be admired by Slovens and Jews alike and walk through the medieval street Židovska ulica, the remnant of Medieval Jewish street. 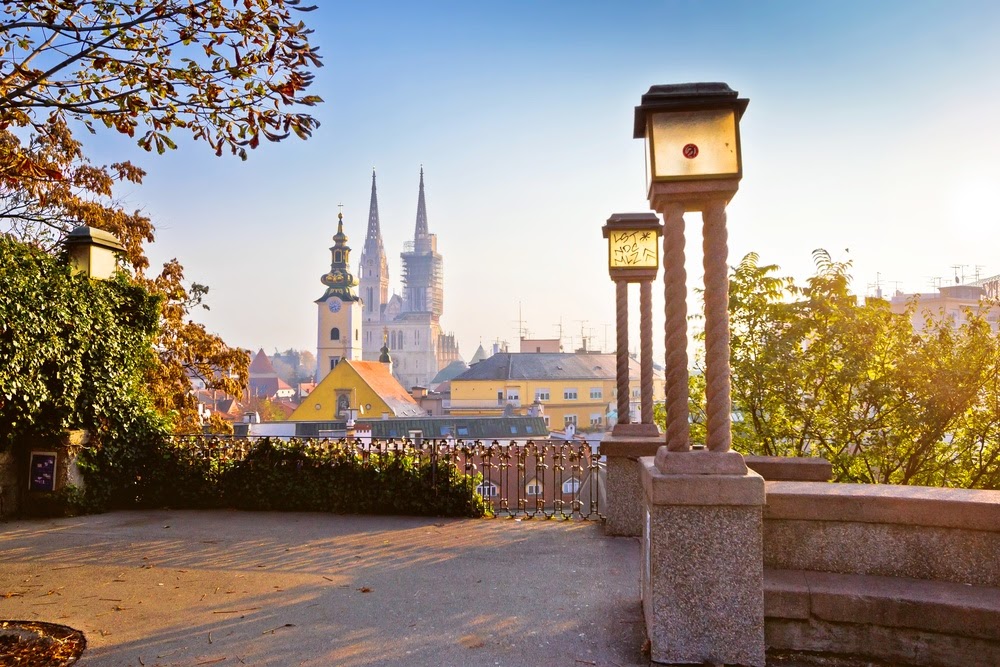 Arriving in Zagreb’s Westin hotel with enough time to prepare for Shabbat and dive into its renewing powers.  The gourmet dinner prepared by Chabad of Croatia at their newly opened Chabad House, is only a pleasurable 15 minutes walk from the hotel.

The next day, after shacharit services and mouth-watering lunch we begin the walking tour of Zagreb, led by Michal, a professor of Jewish history at the Zagreb University. 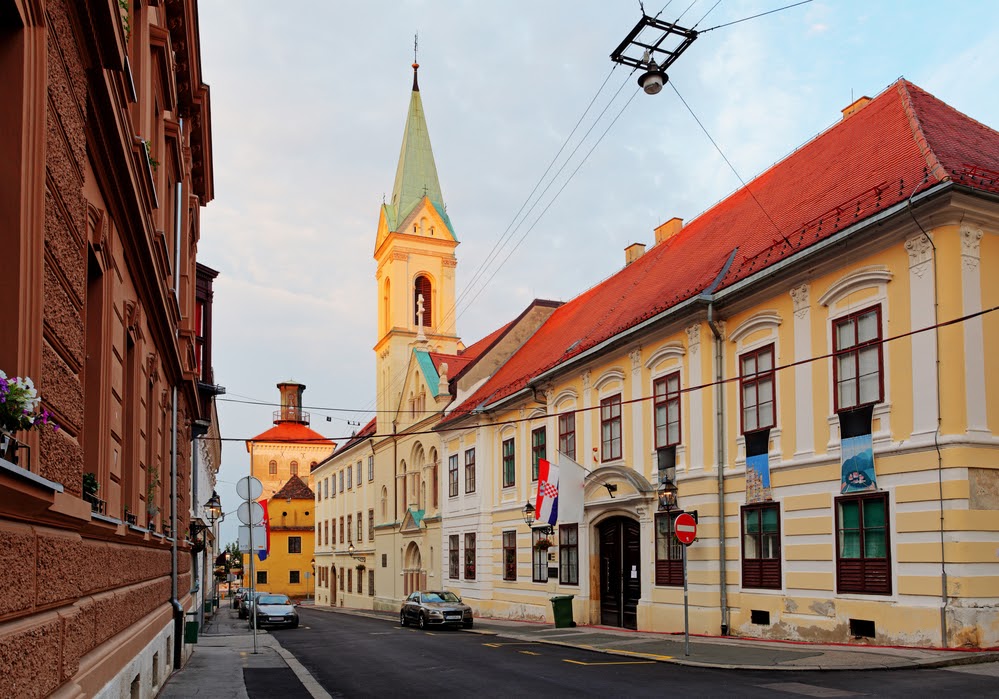 Zagreb, the capital of Croatia is certainly a city of unforgettable charm and irresistible, easy-going way of life. Despite being the major institutional, economic and cultural hub in the country, the life here revolves around innumerable coffee shops, the clearest sign of its Austro-Hungarian heritage. Galleries, museums, farmers’ markets and luscious parks are really just a backdrop to the coffee rituals, practised here with almost religious devotion. Like the other big cities in Croatia it was to a large extent shaped by its Jewish community especially visible in the Lower Town section, developing rapidly in the first half of the 20th century. The modernist architecture, numerous cultural institutions and the bulk of commercial activity were all introduced by the Jews here and are still observable, even after Shoa. 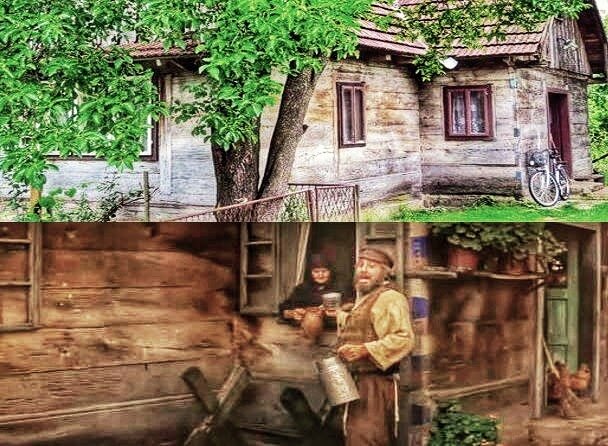 Last stop– Anatevka! Situated in the vicinity of the Zagreb’s airport, we visit the location of the filming of Fiddler on the Roof (1971), the village of Lekenik, where some of the original structures are still preserved. The year was 1971 and a small village in the communist Yugoslavia, woke up one day, to the sounds of trucks bringing in the Hollywood production equipment together with the famous Hollywood actors, producers and film crew. For the next few months, Lekenik became a real shtetl, and the locals became extras in one of the most recognised Jewish stories of modern times. Its a surreal experience of the best kind and we wouldn’t miss it for anything. Its the best farewell present. Looking forward to host you next time!